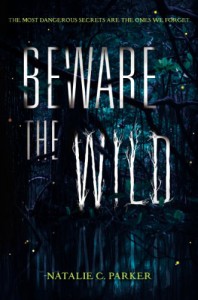 A mysterious strange book with a very different story line than many of the other young adult books out there. That's what drew me to Beware the Wild. It drags a little and isn't as heart pounding as I would have liked but props to the author for writing something original.

Sidney has always known the swamp wasn't safe. But when her older brother, Phin goes missing everything is different. People act like they have no idea he even existed, and then Louisa May show's up pretending to be her sister. Sidney know's she has to figure out what's in the swamp and save her brother before its too late.

Very intriguing at first but the romance dragged on a bit much for me. It's not a very long book as it is a debut but I felt like this could have been even more thrilling than it was, especially with such a premise as this one. For a debut novel this is really well done and I am rather impressed.